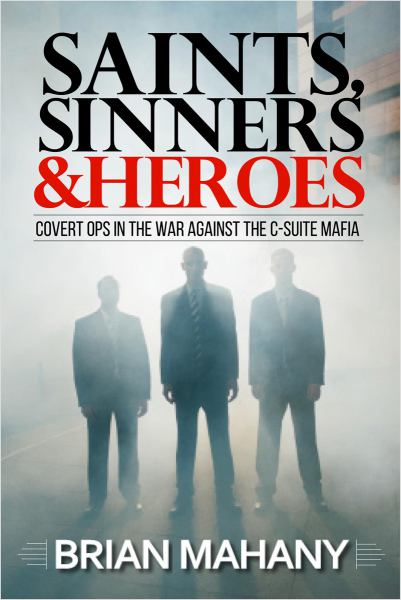 Your 16 billion dollar whistleblower win against Bank of America makes you somewhat of a John Grisham-style hero for the little guy. How does that feel?

It’s great to finally see some justice in the mortgage mess that hurt all of us but the real heroes are the whistleblowers who risked their jobs, career and reputations to stand up against corruption and fraud. The thousands of special agents, auditors, bank examiners and prosecutors working behind the scenes are also real heroes in these false claims act cases.

Why did you write Saints, Sinners & Heroes?

America is in trouble. We face a crisis of confidence. Our biggest threat isn’t disease or terrorism, it’s apathy. We are frustrated with government, frustrated with the economy and most people feel powerless to make a difference.

Collectively, they have helped the government collect tens of billions in recent years and have empowered all of us. In many cases, they have also made us safer. Literally.

America desperately needs heroes and we have them right in our midst. Their stories need to be told. That is why I wrote the book.

So what is a whistleblower lawyer?

A whistleblower lawyer is a gatekeeper. To qualify for a whistleblower award under the federal False Claims Act, an actual lawsuit has to be filed under seal in federal court. Much work goes into investigating claims, researching the law and drafting the complaint. Once filed, the suit needs to be “sold” to the government. The Justice Department and federal agencies have a full plate. They receive hundreds of tips per day and can’t investigate all of them.

Our job as whistleblower attorneys is to package these cases, provide key information to get the government’s investigation started, make the case understandable and explain why it is worthwhile to pursue.

The popular story today is how the SEC was warned more than once about Bernie Madoff yet did nothing. It’s easy to affix blame after the fact. A good whistleblower lawyer will make sure that the right folks get the necessary information and act on it. Simply calling a toll-free hot line is probably not going to carry the day, particularly if the crime or fraud is complex.

We also work hard to make sure that our clients – often called “relators” by the courts – receive the maximum whistleblower awards possible and as you’ve seen they can be in the millions, sometimes tens of millions, of dollars. In the Bank of America case the number was even higher.

If the government refuses to take a case, it then falls on our shoulders to potentially take the case ourselves. That is a big responsibility.,

Tell us about some of your False Claims Act cases?

Obviously, our best known case is the recent case against Bank of America that resulted in the largest award against a single defendant in the history of the United States, an award of $16.65 billion.

We are also helping the government in HUD’s case against Allied Home Mortgage, a $2.4 billion claim involving bad mortgage loans and mortgage fraud. We represent the whistleblower in that case, a former branch manager who stepped up after watching thousands of bad loans get approved and HUD rules violated on a daily basis.

Our big case against the world’s largest mutual fund company, Vanguard, was declined by the New York State Attorney General. We have put together a coalition of great lawyers and even a law professor to prosecute that case privately.

Much of what we are working on remains under seal. False Claims Act, SEC and IRS whistleblower cases are generally investigated in secret. We can’t talk about those cases until they are unsealed. I can tell you, however, that these cases can involve a wide variety of programs including Medicare fraud and government contracts.

Your book is titled Saints Sinners & Heroes – who are the Saints?

The saints are the women and men of the Department of Justice as well as agents and auditors from dozens of agencies including the FBI, Department of Transportation, HUD, Federal Housing Finance Agency, Medicare, Defense Department... if there is a government program out there I guarantee that someone is illegally trying to take advantage of it.

If whistleblowers are the heroes who come forward to report the fraud, the saints are the ones sifting through millions of pages of documents trying to build a case.

Who are the Sinners?

I think we all know the answer to this question. The sinners are those who rip off taxpayers and the government. Some folks think that ripping off the government is a victimless crime. It isn’t. Taxpayers foot the bill for every fraud against the government.

Sometimes the stakes are even higher.

There are millions of Americans struggling to make ends meet and receive healthcare. Look at the beleaguered Veterans Administration that doesn’t have enough resources to take care of vets. Unfortunately, there are companies and individuals ripping off the VA meaning that well deserving vets must wait even longer for care.

Many times the harm caused by these sinners goes well beyond money. We saw a medical group performing unnecessary cardiac surgical procedures simply to collect more Medicare money. Cutting people open and exposing patients to months of pain and the risk of infection and death simply to get a few extra dollars. Those folks belong in jail.

One of the areas we are currently investigating is embassy security. There are handful of contractors earning billions for providing security to U.S. embassies and consulates around the world. Yet a recent Inspector General’s report said some of these companies aren’t doing proper background checks or training. This is scary stuff.

Tell us more about these whistleblower heroes?

Doctors and billing clerks who stand up against shady hospital billing practices, loan underwriters who expose bad loan practices, construction foremen who blow the whistle on bridges being built with inferior steel... these are ordinary folks who decided to do something truly extraordinary. They risk their jobs, friends and careers to do what is right and with no guaranty that they will receive a penny.

Our whistleblower laws let ordinary people wield the power of the government and bring an actual lawsuit against wrongdoers. How often have you heard someone say, “They ought to do something about that.” Whistleblowers are the folks that actually do something.

It is easy to say that the government should be doing these things. As both a former agent and prosecutor I can say that government can only take action when they have a case. Random audits are not very effective for finding fraud. To truly be effective, prosecutors need someone on the inside. Whistleblowers fill that role.

What do you hope the book will accomplish?

The media does a great job of reporting these multibillion dollar settlements but few Americans know the real story behind many of these cases. Whistleblowers are unsung heroes. The goal of this book is to tell some of their stories and get others to come forward; to empower others to make a difference.

What is the next big trend in whistleblower cases?

Great question. The biggest cases from the mortgage and housing meltdown are behind us but that doesn’t mean banks are behaving. We hear daily horror stories from folks facing foreclosure and trying to modify their mortgages. That will be the next wave of cases.

We would like to see more cases under the Buy America and Buy American acts. Those cases mandate quality standards for buildings, structures and bridges built with government dollars.

Of course, Medicare fraud is a perennial problem.

Where did these whistleblower programs originate?

Since the government can seek triple damages, the awards can really add up. There have been several awards to whistleblowers in recent years that exceed $100 million.

The IRS whistleblower program has also been around for many decades. It received a big boost from Congress in 2007 which makes it a much more viable program. More recently, Congress has enacted an SEC program and the Financial Institutions Reform Recovery and Enforcement Act – FIRREA – that also pay substantial awards.

For more information on attorney Brian Mahany and his book: www.brianmahany.com 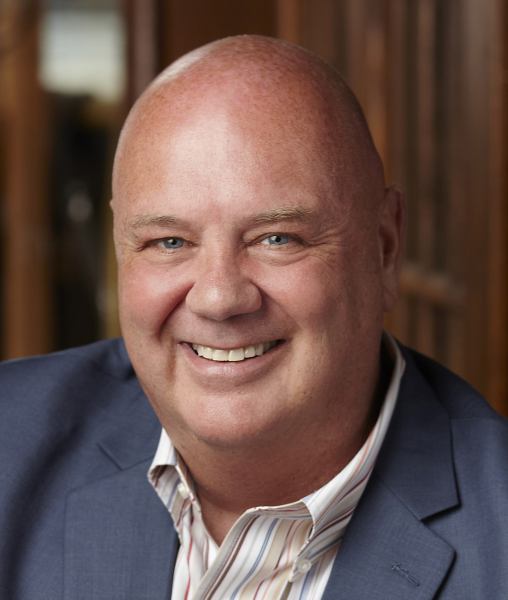 Brian Mahany is a high profile whistleblower and fraud recovery lawyer in high stakes situations. His recent billion dollar whistleblower win against Bank of America was the largest in U.S. history and his new book Saints, Sinners, & Heroes (Sutton Hart) chronicles this and many of his other David v Goliath-like cases in his 20 year journey from street cop to billion dollar lawyer.